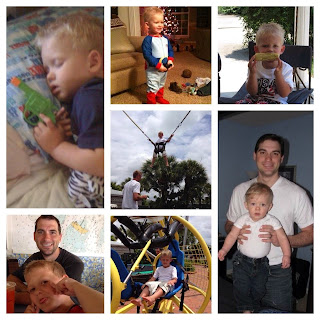 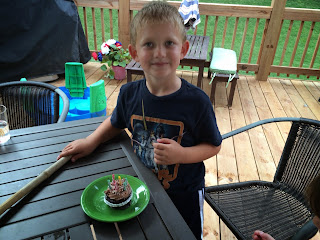 Happy 6th birthday to my little man! I just put him to bed 30 minutes ago, after we played video games, caught fireflies (okay we only caught one) and then played more games. He has brought so much fun and love into our lives and we are thankful for him every day! We Love You G!
Posted by J, T, G & S Dalton at 10:15 PM No comments:

Decided today was perfect for the main leaf cleanup. I had a little help...

And midway through, on a cloudy day with occasional sprinkles, I looked up and the sky had momentarily cleared and it was nice to see my progress.

Tammy hit a major milestone today too. She went up to Indiana for the opening of the first store to carry her products. We're all very proud of her here at home.

Gideon pulled his legs backwards tonight and asked, "Dad, is this exercising? It must be, because it hurts my body."
In other news, Gideon finished soccer 2, 2, and 6. All of the ties were 0-0. Sylvia's team was a bit harder to track the points of, so I'm not sure where she finished. Here are some pictures though:

I'll add some posts with a summer photo collection soon.

Also we started a junior Lego league with some friends. We had the kids build something they felt we should name it for. G built an alien, A built a treasure box, and K built a ship. So the team will be named the Alien Treasure Ships. I rather like it :)

A busy day for Daddy and Sylvia

We had a busy day today. I had the day off, so I took Sylvia to the zoo, then the Magic House, then her first soccer practice!

Three years ago she came into our lives, Daddy had a sweetheart, Bubby had a sissy and I had a new little friend.
She adds sunshine and sparkle to our days, and lights up our lives in tons of ways.
She's sweet and sassy, and dances to her own beat, and without her our lives would be incomplete.
I love her inside and out.
Isn't this what life is truly about!
Happy Birthday my Silverbell!

Happy 5th birthday to my little man Gideon. Thank you for all of the new experiences, great times, and chances to be a kid again with you.

No Risk No Reward

Its official!! We own a new business. We started it 57 days ago and have had 487 orders to date, and yes I said 487 orders!! We are super excited. It is keeping us busy but loving it! Check it out in your spare time. www.adorableessentials.com
Posted by J, T, G & S Dalton at 6:59 AM No comments: 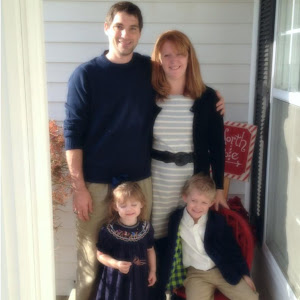 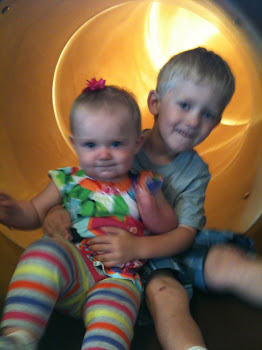 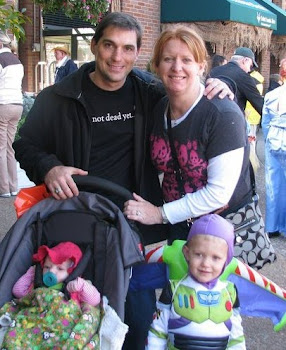 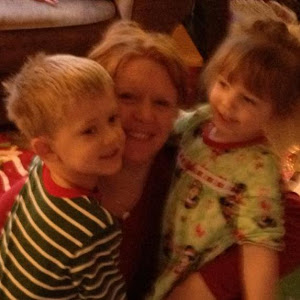 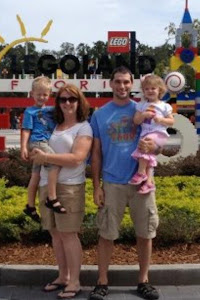 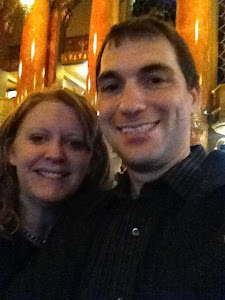 The short version about us - we met on Yahoo Personals, and the connection was immediate. 10 months later we were married :). We have two beautiful children - a handsome boy and an adorable little girl. We are now learning all of the surprises of parenting :)and loving every moment of it. They truly are the best of both of us. It has been a great four years!!! and looking forward to what else life brings our way.